The limited-edition range of eight designs playfully push the idea that ‘Roses are red, Violets are blue, Fried chicken’s the best way, To say I Love You’; and that “if you’ve found someone who’s basically the chicken to your gravy, or the herbs to your spices, then let them know with a romantic whiff of KFC’s iconic fried chicken,” as Moonpig puts it.

All eight cards in the range were designed and illustrated in-house by Moonpig, and feature such sentimental and pulse-racing designs as an image of ‘The Colonel’ Sanders, which people can customise by adding a photo of their amour alongside copy reading, ‘Fancy a peck?’

Others take a cheekier approach when it comes to copywriting, with one including this suggestive text: ‘You’re a snack. Wanna cluck?’ Moonpig tells us that the partnership with KFC, which was initiated by the card company, felt like a great fit for the brand thanks to their shared approach to “funny, lighthearted, cheeky humour”. It is a markedly different approach from one of its few other brand tie-ins, the Pampers #ThankYouMidwife cards, created as part of a widerTV and social media campaign from Saatchi & Saatchi to mark ‘International Thank You Day’ in 2018.

The cards were produced in-house at Moonpig in the same way as the rest of their offer, with the exception of the scratch and sniff card, which was created by an external specialist printer; while the copy for the cards came from KFC’s internal teams. The designs use artisanal style block caps for the copy, with a limited colour palette of black and red for the lettering in line with KFC’s branding, and a grainy, textured aesthetic which Moonpig says aligns with elements of KFC’s wider brand guidelines. 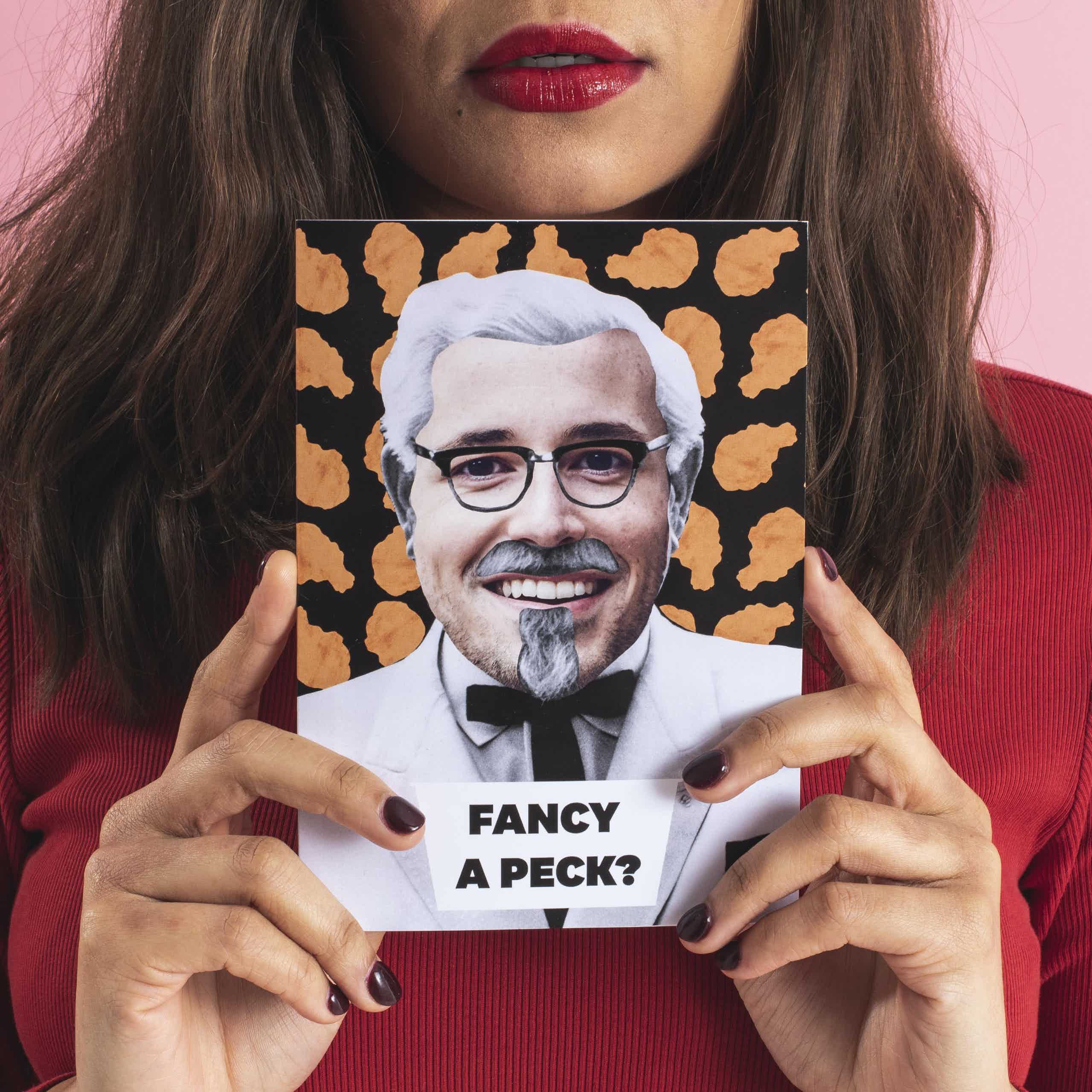 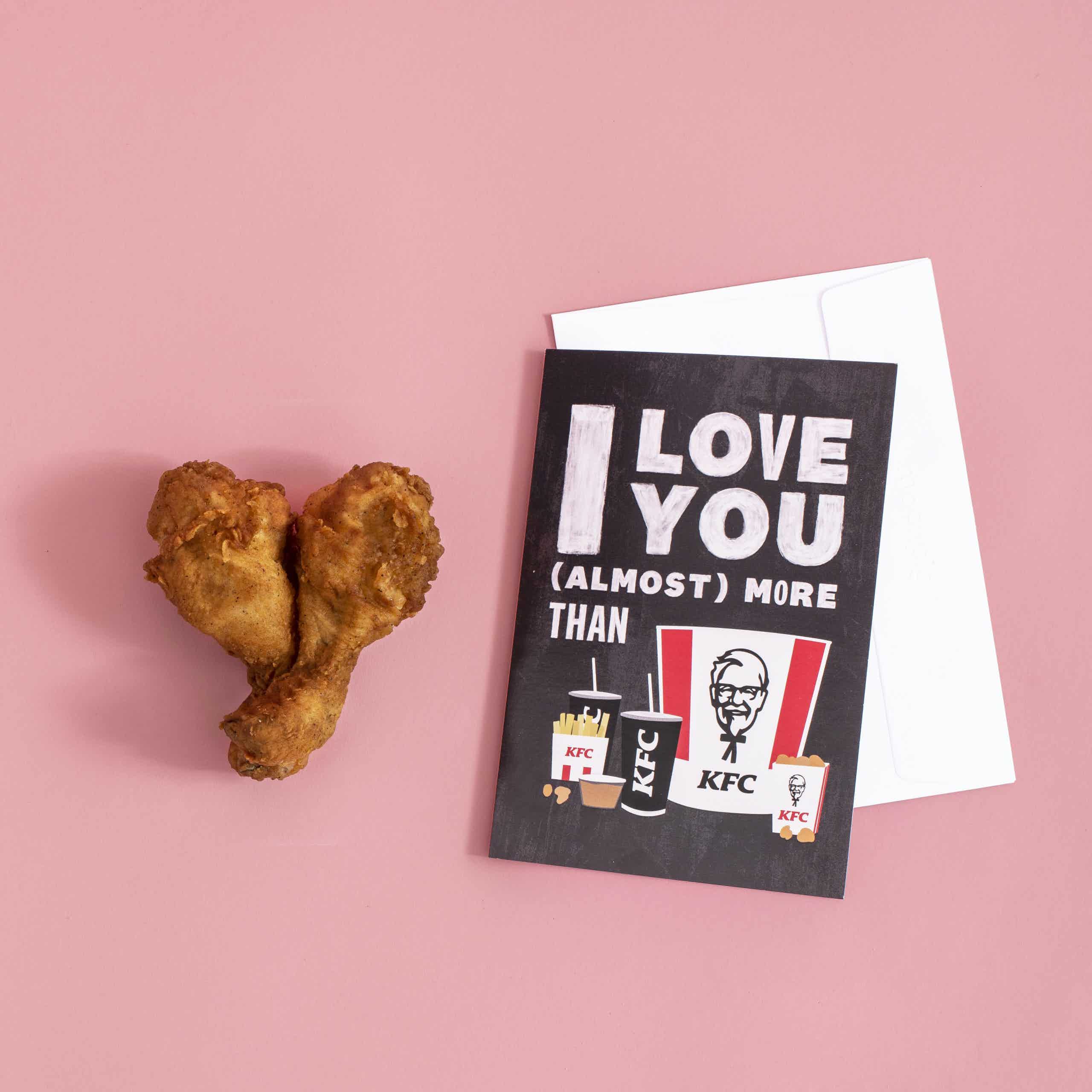 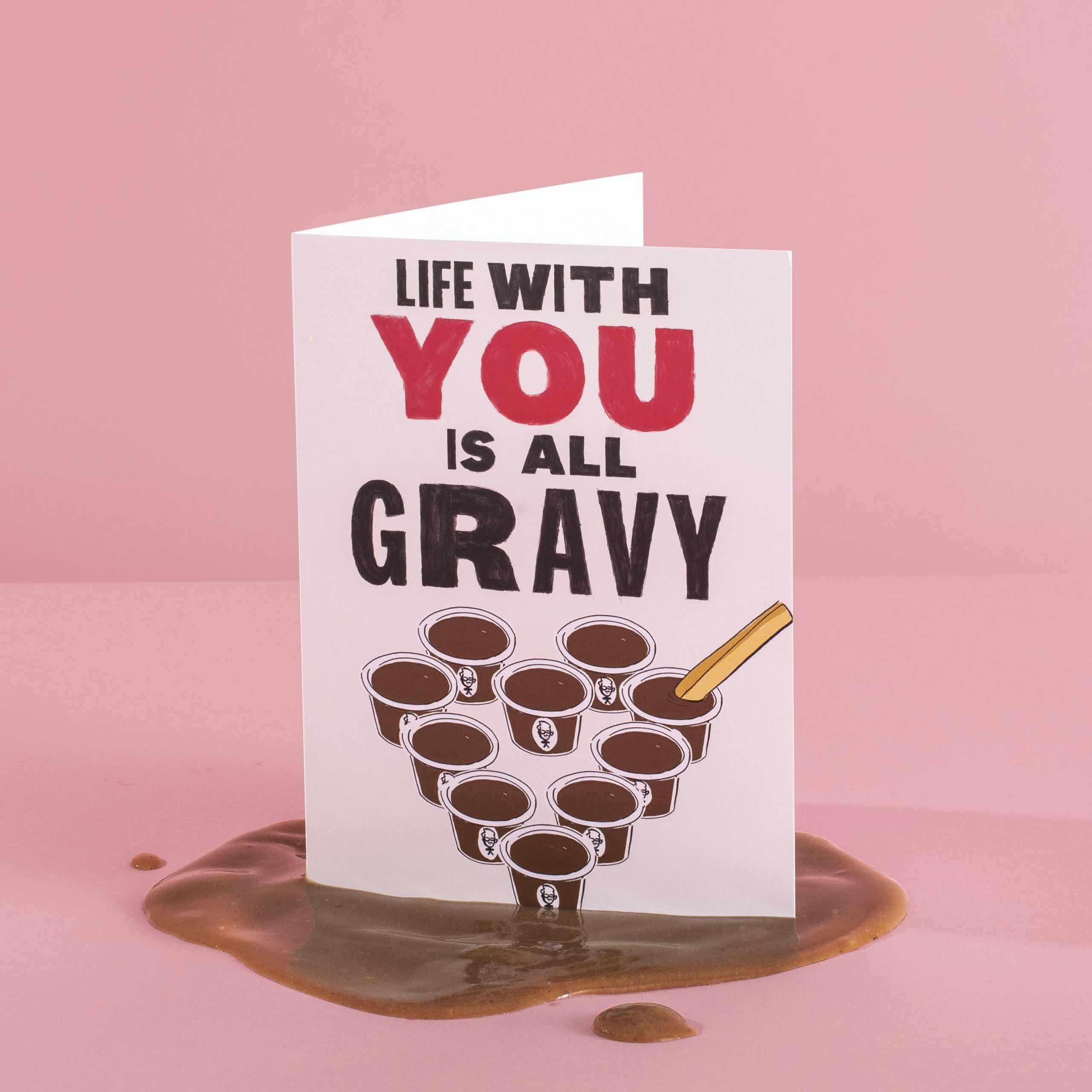 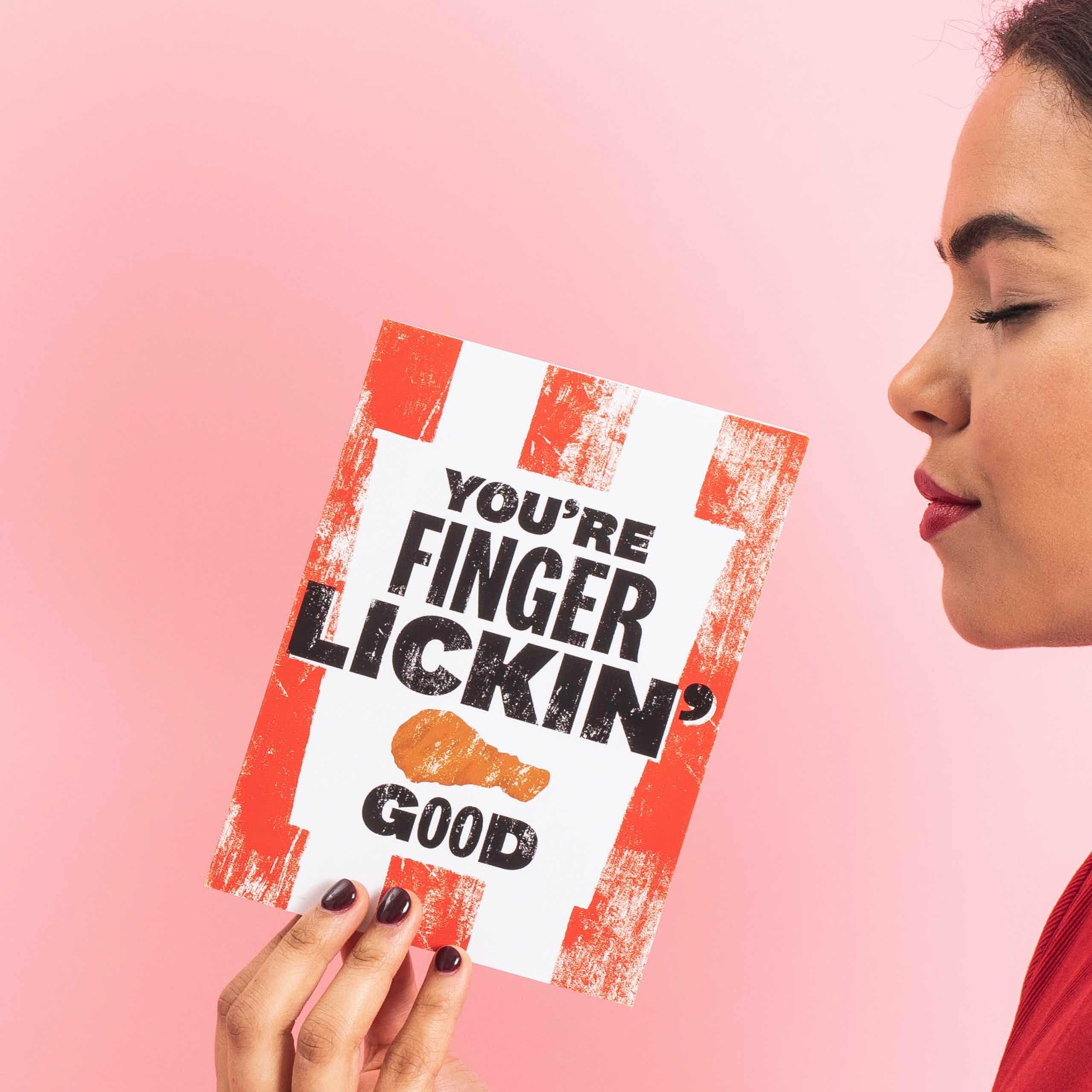 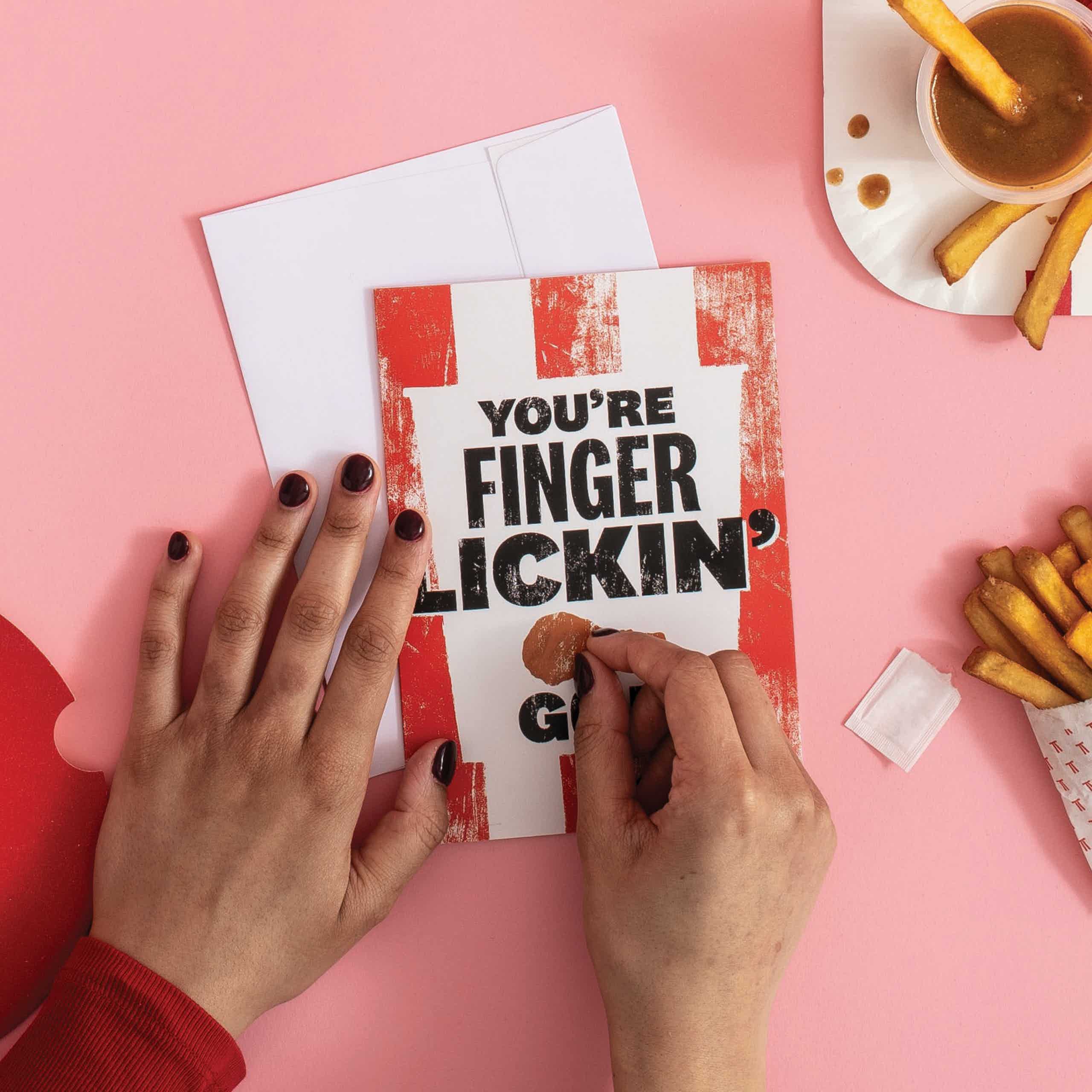 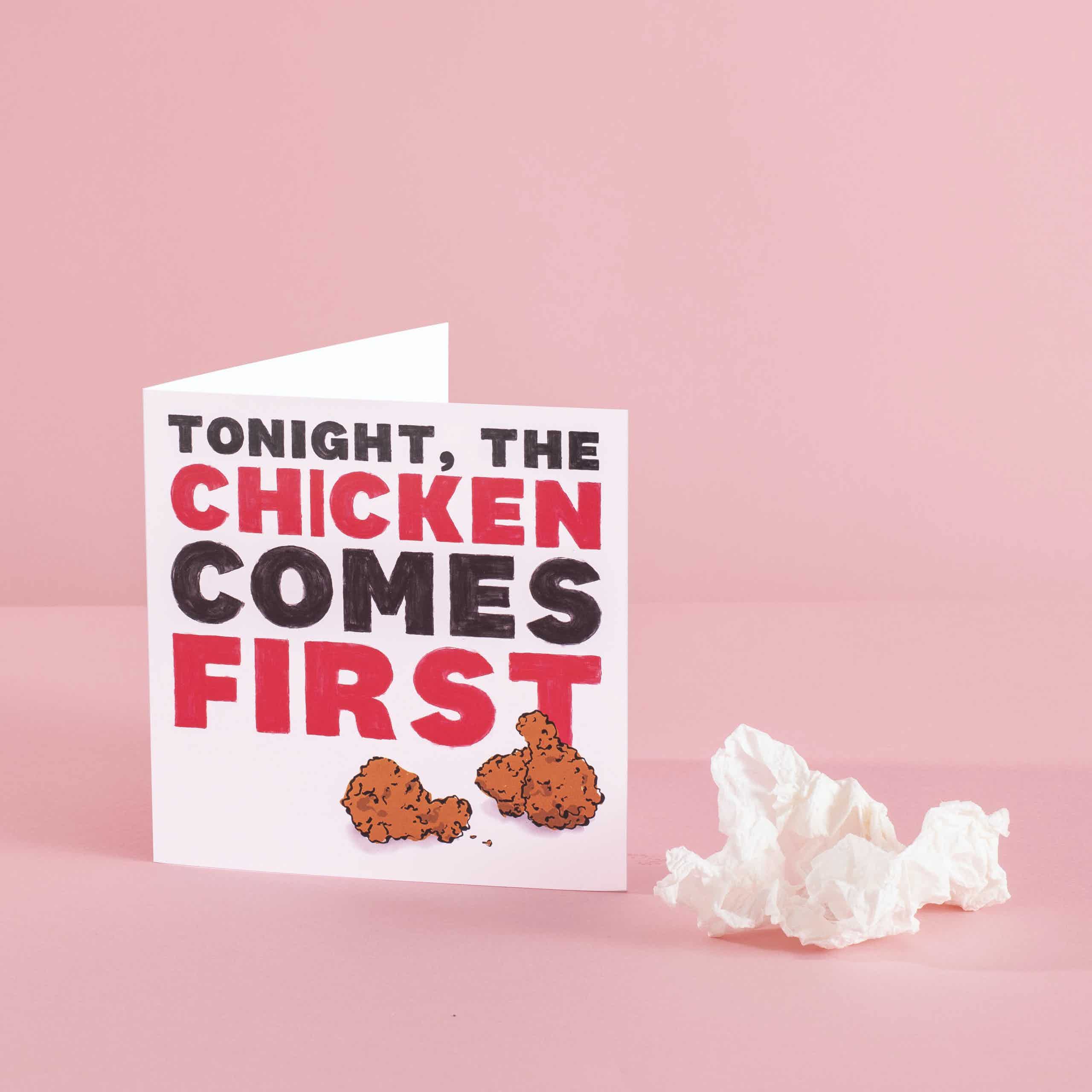 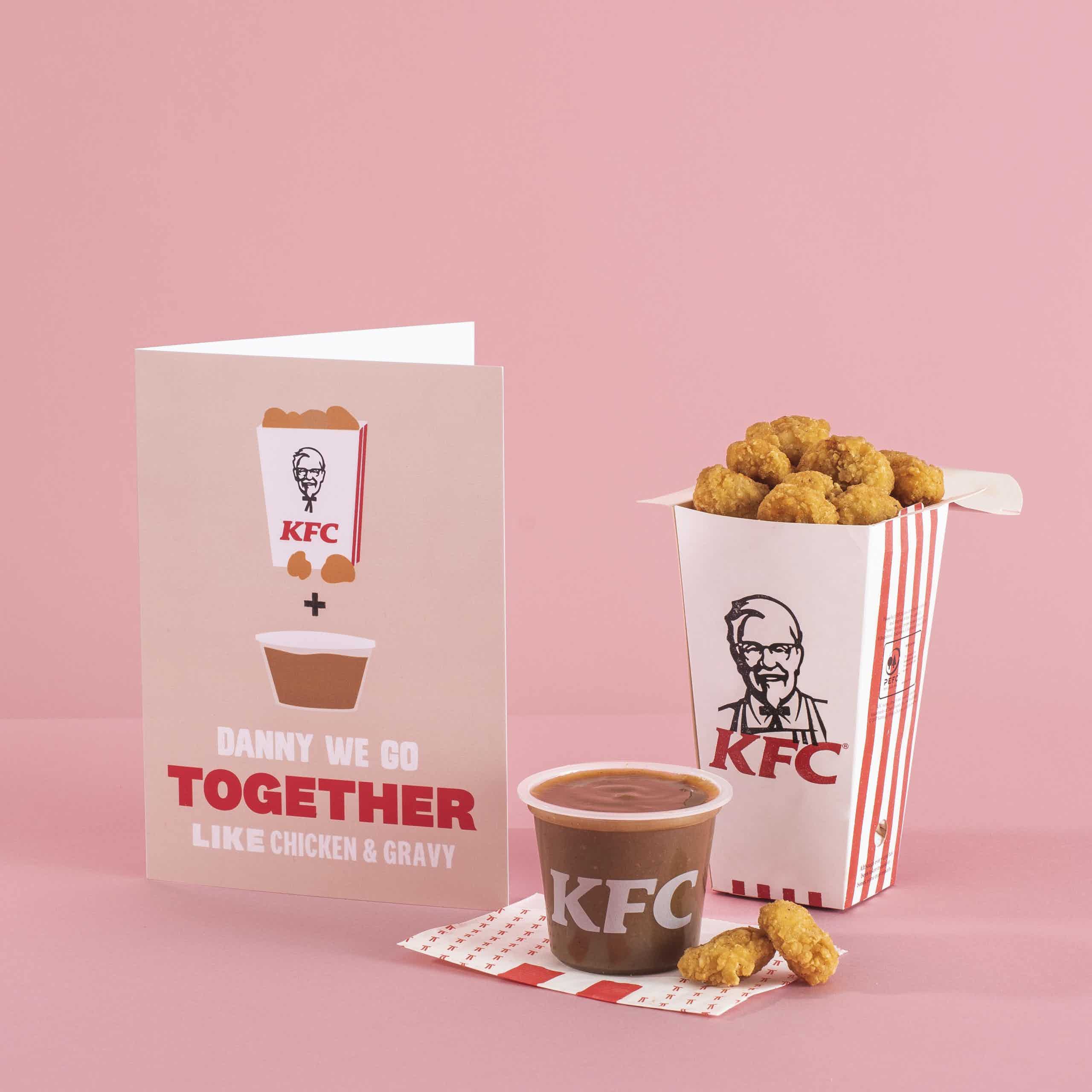 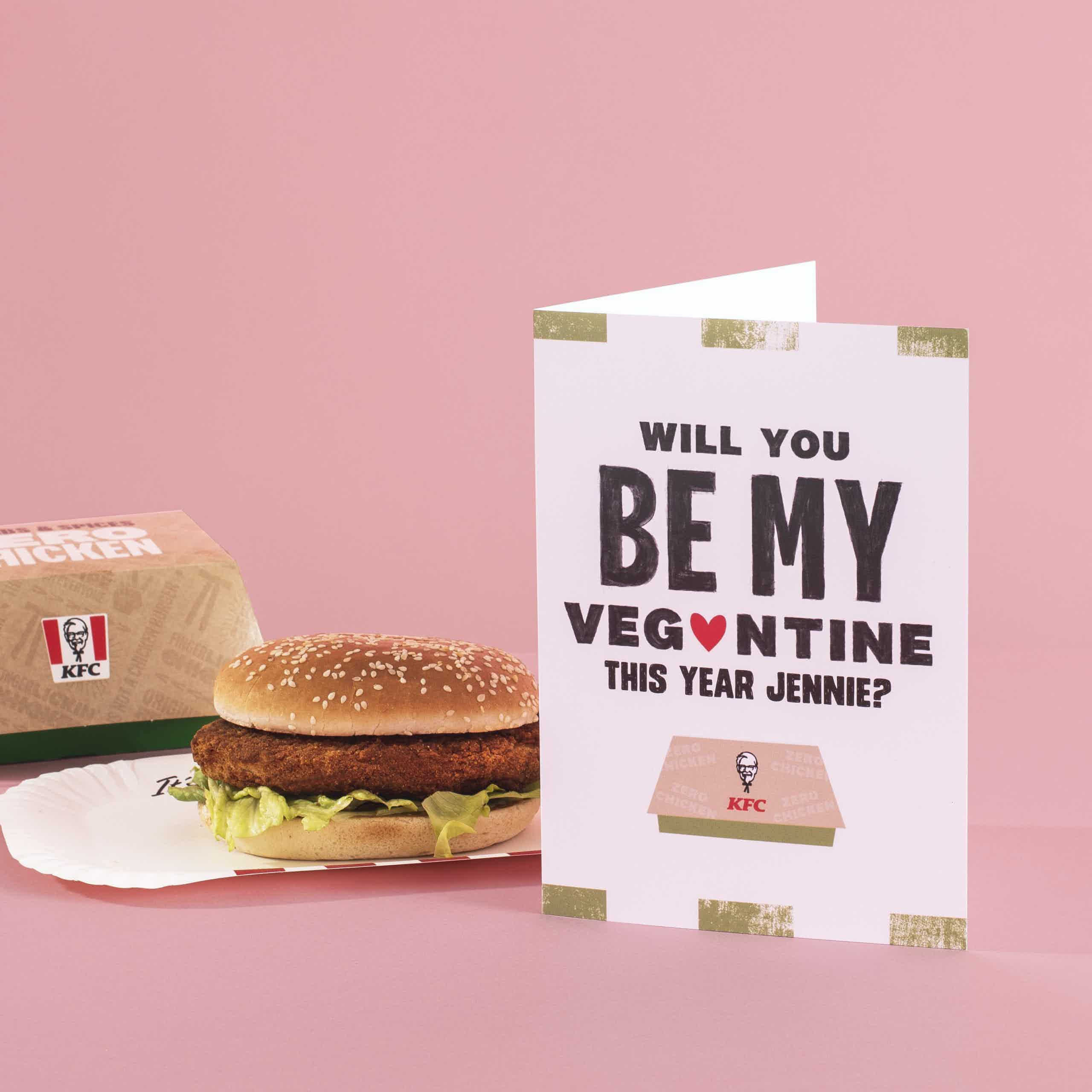 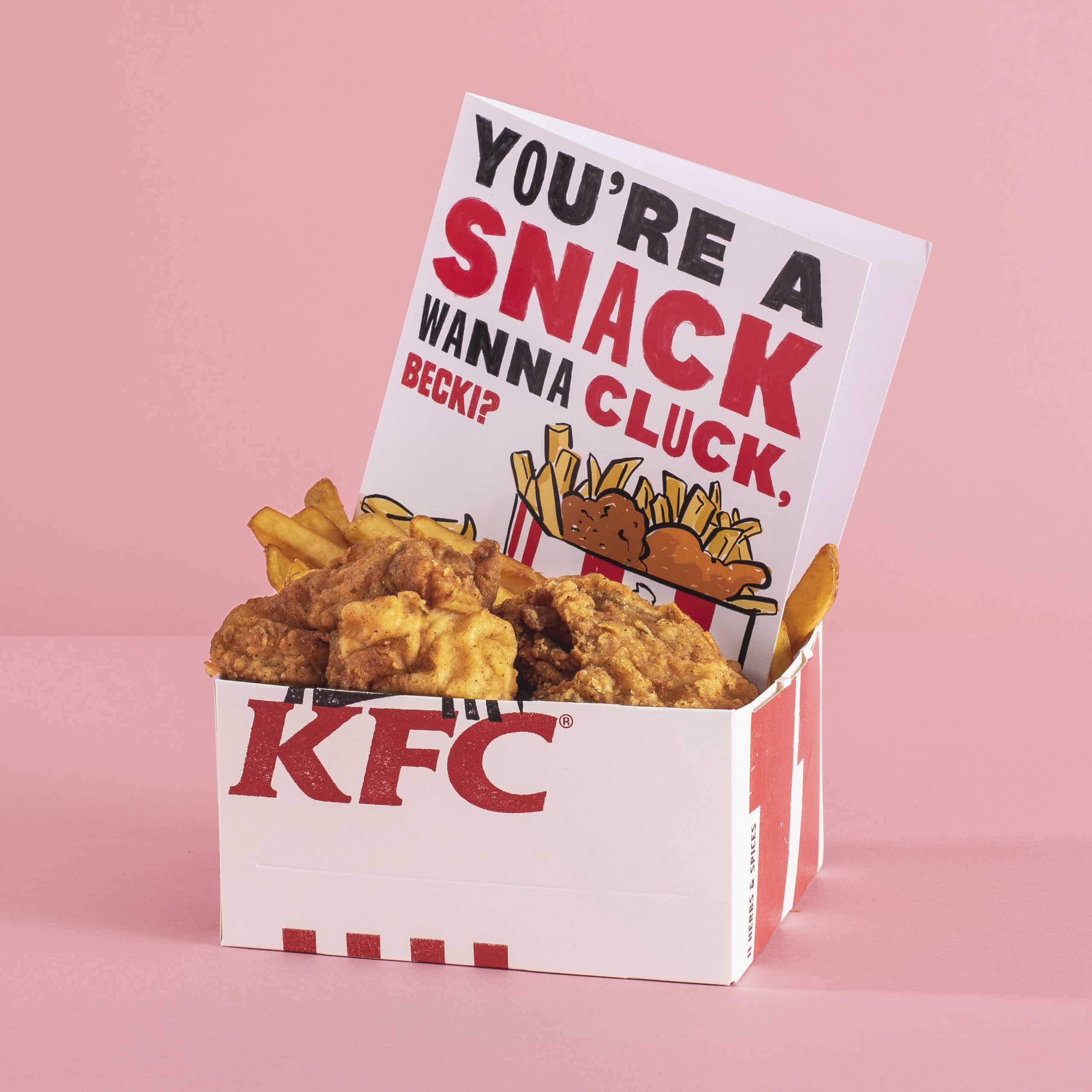 KFC is no stranger to offbeat, tongue-in-cheek campaigns: in 2018 the chain made headlines when many restaurants were forced to close due to a shortage of chicken. Having only started work with KFC a few months previously, agency Mother suggested that a smart campaign would be the best approach to the situation.

KFC’s logo was reworked as FCK in an apology to customers that directly acknowledged its error, with the brand running an ad bearing the anagram in selected newspapers – a platform chosen for its “gravitas”,  Mother ECD Hermeti Balarin told us in 2018. The ad soon went viral online anyway – with readers photographing it and then sharing it on social media, despite the brand never posting it from its own accounts.