Sound Judgement broadcasts a range of shows covering music, stories and interviews that tackle issues that are important to the often-marginalised people at the helm of the station. The episodes have been available to listen to online in a podcast format since late January this year.

The first series of six episodes covers themes ranging from mental health to education, and Accumulate plans to evolve the series into a monthly news-based podcast run by people affected by homelessness to offer information on activities, training and support available to the homeless community; as well as advice on things like wellbeing, mental health and how to cope.

“Living in a hostel can sometimes mean that you are lonely, bored and depressed, and often you just don’t know about what is available that can help you,” says Accumulate founder Marice Cumber. “It’s also difficult sometimes for service providers to actually reach this group and so the Accumulate news participants will be researching what’s available and broadcasting it through the monthly podcasts.”

The young people behind Sound Judgement, which was announced around a year ago, were given training in everything from show idea development to pitching, presentation skills, technical production, and broadcasting techniques by industry experts; as well as working with guest speakers such as such as Ade Bamgbala, founder of Blacticulate, sound artist and poet Axel Kacoutié and Milena Sanchez from The Receipts podcast.

The branding and visual identity for Sound Judgement was created during branding strategy workshops where Accumulate participants worked with Ravensbourne graduate (and former student of Cumber) Fahud Ahmed, who now works as senior brand and motion creative at Design Bridge.

These insights were then turned into a brief and handed over to second year BA Advertising and Brand Design students at the college. “The brief was all about having a bold, brave, contemporary and confident identity for the podcasts which represented a vision of purpose, identity, value and the unexpected,” says Cumber. “We definitely didn’t want it to look worthy or serious or like a charity!” 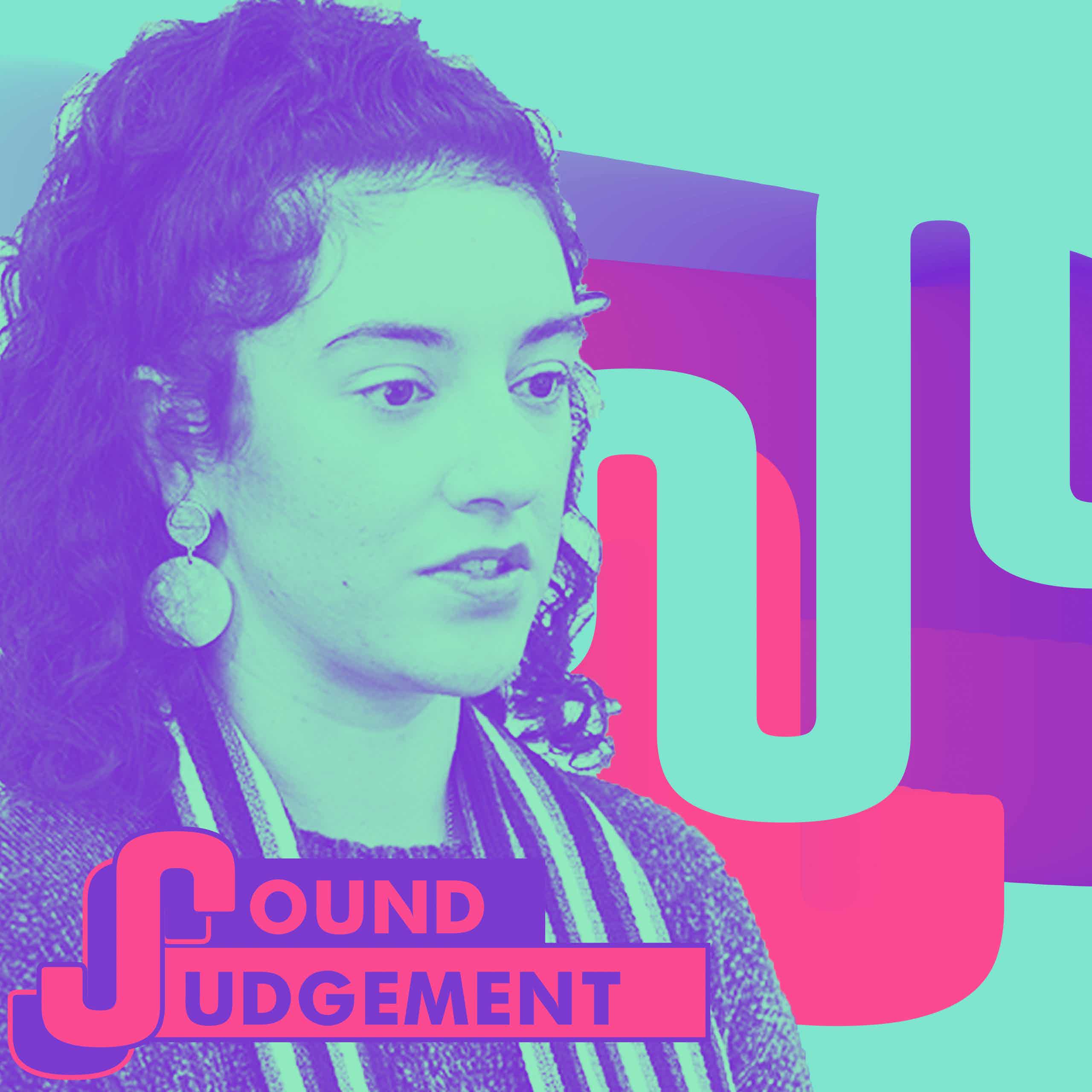 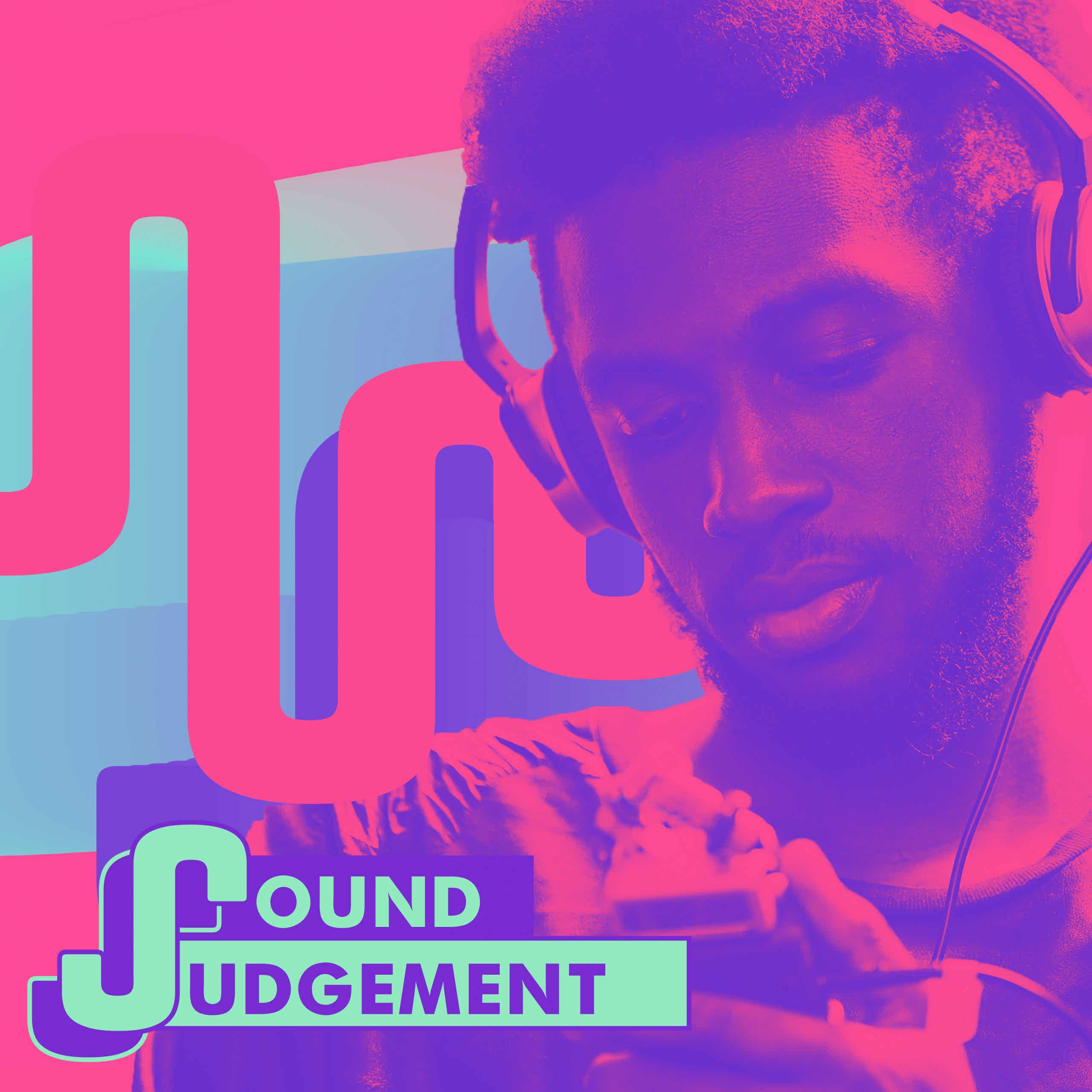 Cumber launched the Sound Judgement project after researching into the fact that the vast majority of those making films, TV and radio shows, and photographs around homelessness had no actual experience of homelessness themselves. “This weird hierarchy was happening with people who are homeless being the subjects rather than in control of telling their own stories,” she says. She was keen to overturn that, adding that the participants “gained technical and digital skills but most importantly they gained friends and a creative community”.

Accumulate is also focused on helping the people it works with socialise with others and form a wider network with people they previously may not have met, who are experiencing similar living situations and share a passion for creativity.

Sound Judgement has proved especially valuable in this regard. “It was a real learning journey for everyone – podcasting and audio aren’t often thought of as a ‘personal skills building activity’ but it really was,” says Cumber. “The group gained confidence, project management and communication skills, self-esteem and identity – skills that are all really important in life and help you plan and progress.”

Accumulate launched in 2013, beginning life as a single photography workshop that snowballed into a far wider programme that uses creative skills as a way of helping young homeless people in London access opportunities for creative work and expression. Cumber – named as one of our Creative Leaders 50 in 2018 – has said the impetus behind the charity was to devise a series of workshops that focused on the creative arts to help often disenfranchised people express themselves.

In 2017, Accumulate also launched three year-long scholarship programmes for people to work towards Ravensbourne’s Diploma in Design and Digital Media, aimed at those who might not have taken school qualifications to help get them to a level where they could apply for a full degree course.

A funding grant from Nesta UK was awarded to Accumulate for Sound Judgement as part of its Amplified fund, which supports cultural and creative organisations that seek to develop digital ideas that generate social impact. Accumulate’s next project is The Book of Homelessness — the world’s first-ever graphic novel created by people affected by homelessness, which will launch on June 4 this year.