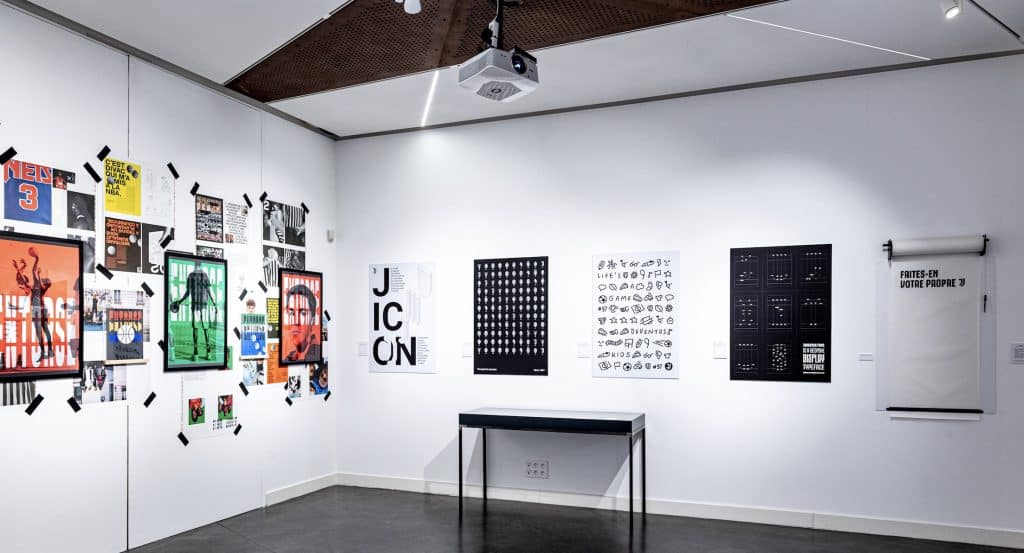 What do museums, sports and design have in common? They’re all conduits for culture – helping us foster a sense of community. Diego Zaccaria, founder and Creative Director of the Centre du Graphisme in France is deeply fascinated by the interplay between all three. And this fascination manifests through the “L’Art du Sport” exhibition which, through 150 works of art, explores the link between sport, design and creativity in the modern era. We spoke to Zaccaria about the exhibition, the changing nature of the sports industry and the role of design in navigating an anxious world. 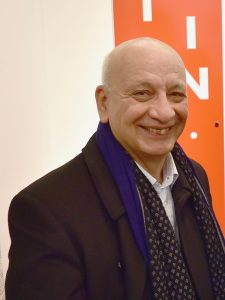 In a world where we’re inundated with information, competing for people’s interest and attention becomes a growing challenge. How does the Centre du Graphisme engage people through visual arts?

The mission of the Centre du Graphisme is to explore the relationship between visual communication and society. With so many diverse forms of visual communication, we keep an open program in order to reach a wide audience. We showcase graphic designers with alternating thematic exhibitions, which allows us to cover major artistic and societal movements such as pop music and sport. We offer a varied programme; rolled out through two Mois du graphisme (‘Graphic Design Months’). This is our biennial flagship event which offers a detailed overview of a  nation or nations’ design outputs (we’ve previously covered Japan, Poland and Latin America to name a few), with around ten exhibitions spread across the various towns in the greater metropolitan area of Grenoble.

We also create initiatives aimed at children and young teenagers. We offer educational platforms throughout the exhibition period, such as  artistic practice workshops for  the individuals that could be future designers.

“L’Art du Sport” features 150 works that highlight the excellence of sport visual communication. What was the idea behind this exhibition?

It started from this notion that sport is a place of memory for art and graphic design, and a place where the two are intertwined. We all have sporting and social memories etched into our minds. I wanted to bring together visual works that combine the slower pace of art with the immediacy of visual communication. So, the posters from the 1982 World Cup are a great example of this. This World Cup took place in Spain soon after the death of Francisco Franco and just as the Spanish communities regained their autonomy. Each region invited a notable painter to create a poster of their city. Cities like Barcelona and Madrid sent a strong message by including artists such as Tàpies and Arroyo, who had always been anti-Francoists. Elsewhere, we have Ludwig Hohlwein’s posters for the 1936 Winter Olympic Games in Garmisch-Partenkirchen, and the Summer Olympics in Berlin: (which are outright propaganda posters for Hitler’s regime). These are just some examples that show how sport is clearly a major social phenomenon, but also plays an important socio-economic and political role in our world history. 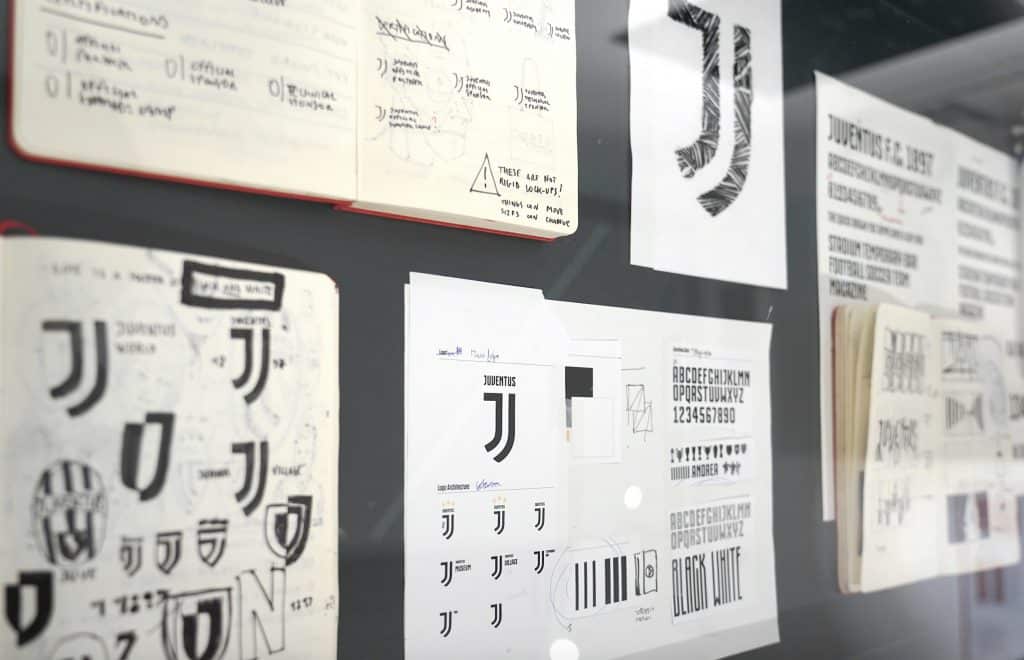 Design seems to be more important than ever to force consistency, authenticity and relevance in the sports industry. What’s your take on that?

Graphic design is a necessity in an age of globalisation. It’s a cultural distillate of a society, or a private enterprise, at a specific moment in its history. It’s an open window into another culture, and it tells us about the strategy that the business has adopted, as is the case with Juventus’ new visual identity, which reinterprets the famous vertical black and white stripes from the old logo and the jersey worn by MichelPlatini, Zinedine Zidane, and so many other great players. It reinterprets and pays an homage to the past – retaining the essential visual and typographical elements of the brand.

Visual identity is a precarious exercise., It has to simultaneously capitalize on the brand’s past, and project it powerfully into the future. From this point of view, I feel that the work done by Interbrand is very successful. Walking through “L’Art du Sport” you move across several design styles, advertisements, paintings and photography. What are big trends that have influenced design for the sports industry?

The very same that influenced the world of billboards and commercials, although sport takes the form of an individual and collective public activity, as expressed so clearly by Albe Steiner in his public service graphic design. Look at the Bauhaus as an example. Before it was interrupted by Nazism, the Bauhaus school created a new discipline: design. That is to say, a discipline that takes into account every aspect of social life and how it’s evolved: from industry, to architecture, furniture, social behavior and of course, technology. For many years after the Second World War, this global approach was reversed by the kind of marketing that focused only on commerce and placed corporate social responsibility as second fiddle.  Nowadays it would be unthinkable to ignore the economic, environmental and societal issues that face contemporary society.

Design is more than a logo, a color palette, an illustration and typography. What is its role in today’s anxious world?

The current situation, which forces us to fight against the coronavirus, points to the need for a social responsibility that is shared by all: individuals, society, and privately-held businesses across all industries. The graphic designer is not a “telegraph operator.”  They are not people who merely transmit a message. On the contrary, graphic designers’ social utility inevitably goes hand in hand with a social responsibility.